In general, midrange refers to computers that are more powerful and capable than personal computers but less powerful and capable than mainframe computers. (Computer power is sometimes measured in terms of millions-of-instructions-per-second – MIPS. Capability includes, for example, how many devices can be connected to and interact with the computer at the same time.) The computer industry does not define exactly what characteristics constitute “midrange.”

Historically, midrange computers have been sold to small to medium-sized businesses as their main computer and to larger enterprises for branch or department-level operations. Makers of popular midrange computer lines include Hewlett-Packard, IBM, and Sun Microsystems. Today’s computers are almost universally known as servers to recognize that they often “serve” applications to end users at “client” computers, that they use a client/server computing model, and, by inference (since the client/server model developed in UNIX-based operating systems), that they support standard rather than proprietary programming interfaces. 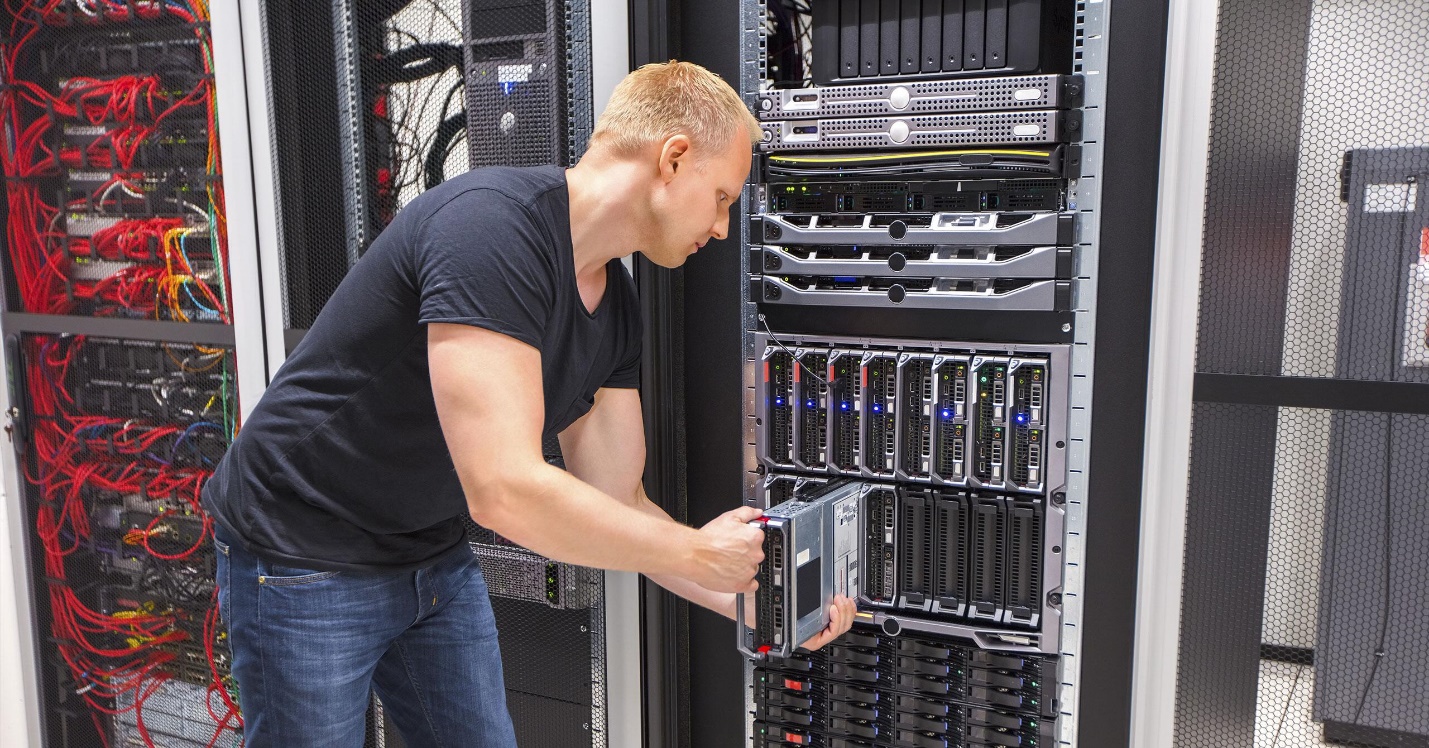 The two most commonly used servers in the data center industry are blade servers and rack servers. This article will serve as a quick start guide to both servers to provide a better understanding of each piece of equipment.

What is a Rack Server? 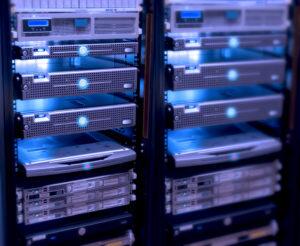 Rack servers in an EIA 19″ rack

A rack server, or rack-mounted server, is any server that is built specifically to be mounted within a server rack. Rack servers are a general-purpose machine that can be configured to support a wide range of requirements. They are most commonly found in data center environments but can also be used in smaller computer closets. Unlike traditional servers that look much like a PC, a rack server is wider. So it can be secured into the rack using mounting screws or rails, depending on the design. If you only require a small number of servers, they are the best choice economically due to the lower upfront costs.

The height, or the amount of rack units the system might take up, can vary quite a bit. Depending on what is required from the system. Larger servers allow for additional CPUs, memory, or other components. The servers themselves are mounted one on top of the other within a rack. To help minimize the amount of space used.

Benefits of a Rack Server

While which type of server you use largely depends on the scenario, there are several advantages of using a smaller rack server over a blade server:

What is a Blade Server?

Example of a blade server

A blade server is a modular server that allows multiple servers to be housed in a smaller area. These servers are physically thin and typically only have CPUs, memory, integrated network controllers, and sometimes storage drives built in. Any video cards or other components that are needed will be facilitated by the server chassis. Which is where the blades slide into. Blade servers are often seen in large data centers. Due to their ability to fit so many servers into one single rack and their ability to provide a high processing power.

In most cases, one large chassis such as HPE’s BladeSystem will be mounted into a server rack and then multiple blade servers slide into the chassis. The chassis can then provide the power, manage networking, and more. This allows each blade server to operate more efficiently and requires fewer internal components.

Blade servers are generally used when there is a high computing requirement with some type of Enterprise Storage System: Network Attached Storage (NAS) or a Storage Area Network (SAN). They maximize available space by providing the highest processor per RU availability. Blade Servers also provide rapid serviceability by allowing components to be swapped out without taking the machine offline. You will be able to scale to a much higher processor density using the Blade architecture. The facility will need to support a much higher thermal and electrical load per square foot.

Benefits of a Blade Server

Optimized for private cloud deployment, the high-end servers offers a unique blend of enterprise-class capabilities in a reliable, secure, space-efficient that delivers exceptional performance for medium and large enterprises at an affordable price. The servers is ideal for cloud deployments with built-in virtualization and flexible capacity. It allows you to deliver faster business results by increasing throughput and reducing response time with powerful processors and increased memory and I/O bandwidth.

Power Systems is a family of server computers from IBM that are based on its POWER processors. Before the Power Systems line was announced on April 2, 2008, IBM had two distinct POWER processor-based lines: the System i running IBM i (formerly i5/OS and OS/400) – and the System p series running AIX or Linux. 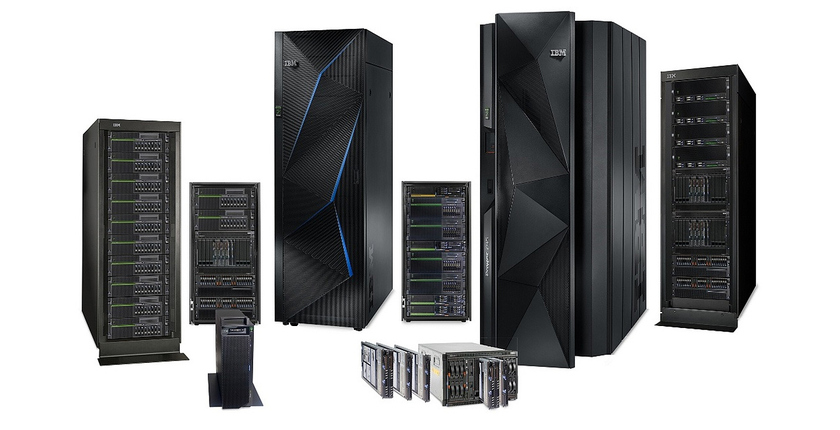 The HPE Apollo high-density server family is built for the highest levels of performance and efficiency. They are rack-scale compute, storage, networking, power and cooling – massively scale-up and scale-out – solutions for your big data analytics, object storage, and high-performance computing (HPC) workloads. From water-cooling that’s 1,000x more efficient than air to “right-sized scaling” with 2X the compute density for workgroup and private cloud workloads, the HPE Apollo line is a dense, high-performance, tiered approach for organizations of all sizes.

IBM NeXtScale System is the next generation of dense computing. It is an open, flexible, and simple data center solution for users of technical computing, grid deployments, analytics workloads, and large-scale cloud and virtualization infrastructures. 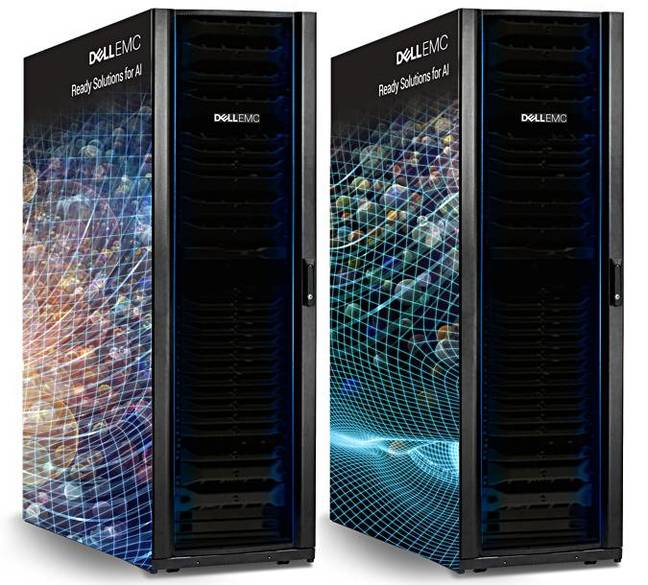 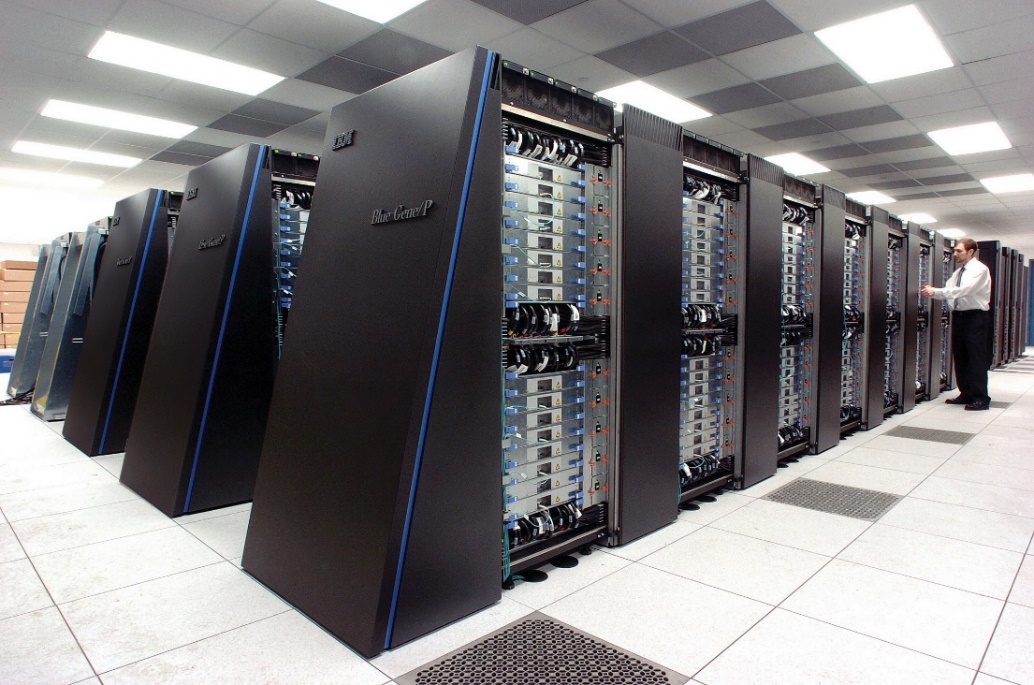 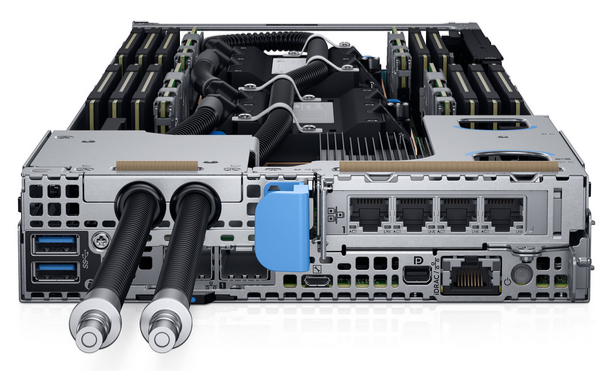 Composable infrastructure provides a fluid set of resources that can be dynamically combined to meet the unique needs of any application. HPE Synergy is the first composable, software-defined infrastructure. With HPE Synergy, you can instantly compose and recompose fluid pools of physical and virtual compute, storage, and fabric resources into any configuration to run any application or workload.

The IBM® PureFlex™ System offering combines storage, networking, virtualization, and management into a single infrastructure. The IBM PureFlex System offerings are provided in several configurations and vary over time as technology and offerings are increased. Each configuration is composed of hardware and software options. Hardware includes compute nodes, management nodes, network, storage, and all necessary small form-factor pluggable (SFP) devices and cables that are installed before delivery. Software includes management software, operating systems, and virtualization software. Optionally, IBM onsite services to provide initial configuration. In addition, all Ethernet, Fibre Channel, and converged networking switches are pre-configured from the factory, along with zoning of storage to your first IBM Storwize® V7000 controller. The following list shows configurations that are available. 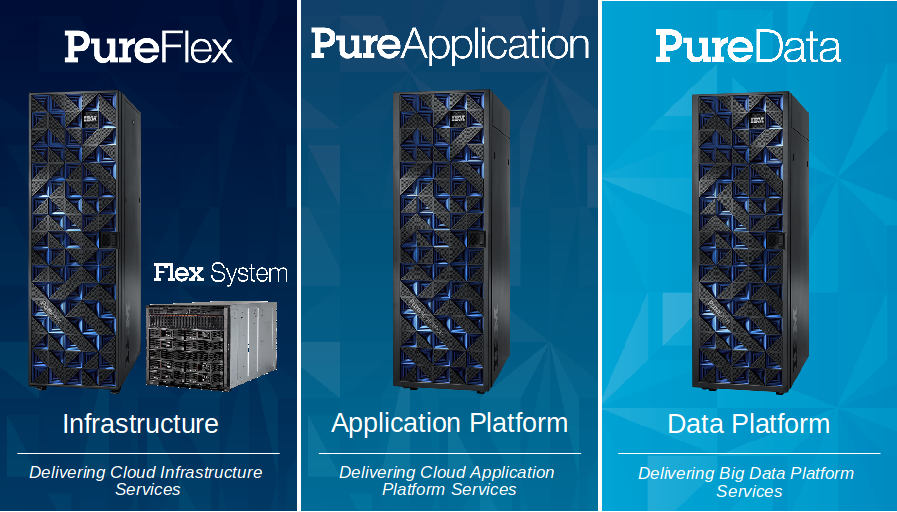